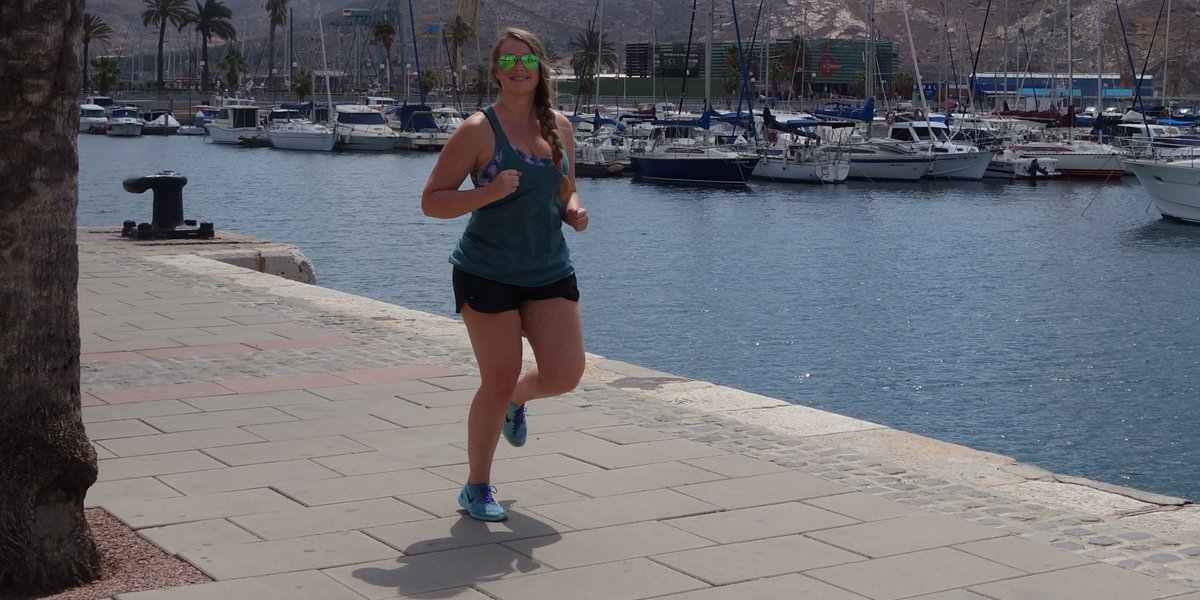 I competed in cross country in Primary School and was always getting really good times, since dropping running though, getting back into it was always tough! I’ve always loved the idea of being a runner again but when it’s come to the reality of it, 5 minutes in and I’m so tired, out of breath and walking! Running FAIL! Last month, though, I decided that it was time to get into it, I’ve already seen massive improvements and can now run again so I’ll share my tips of things I’ve encountered for any fit girls out there who have decided to start or want to start running.

Get Someone To Go With You

This is an instant motivation booster. When I started running, I’d get my Dad to come with me. Men are built stronger and fitter than women so it was great to have him pushing me. Also, Dads are understanding, especially when it comes to their daughters taking positive steps to get fit and healthy, so they don’t mind running at your pace. But at the same time, having someone there makes you not want to give up. I probably would have never asked my Brother along with me, he would race ahead and think it was funny. When I run with my super athletic cousin she probably runs twice the distance, because she runs at her own pace, and when she gets too far ahead, she runs back past me and then turns around to catch up with me.

Shin splints are real! And they are painful. So don’t make my mistake and do too much too soon. When I started running, I started off doing 3 miles 3/4 times a week, and within 2 weeks Shin Splints made an appearance, they’re an overuse injury and seriously hurt, it feels like your bone is trying to push out your leg, I had to take a week off and rest it. I got my gait tested and invested in some decent running trainers which helped a lot but for the next few runs I halved the distance. So you can learn from me or you can learn the hard way, don’t do too much when you start, work up to longer distances slowly.

Whilst I was recovering from shin splits I signed up for my first ever half marathon, its not until November so I have plenty of time to train, I did this to push myself to keep training and not give up at the first hurdle. Having something to aim for is a great way to carry on and not let the injury put you off, of course make sure any injuries are correctly treated.

P.S. I just need to clarify, I saw the Mediterranean with the boats and trees and thought, hey this will make an epic backdrop for todays posts cover. So the trainers I have on, are NOT suitable for running despite what Nike say. The goofy expression.. haha well, I just trusted my sisters judgement of “yes, thats a good shot”.

See you on Sunday Runday. I’ll be sure to check in on my instagram @clairenich